My top 10 books for Christmas 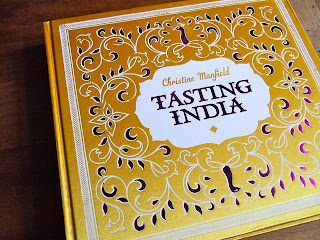 My bookshelves are groaning under the usual end of year avalanche of books. Despite the recession there seem to have been more than ever in 2011 - and bigger ones than ever. Publishers' answer to the relentless march of the iPad and other readers seems to have been to produce larger and more lavish volumes to demonstrate that a screen can never replicate the pleasure of handling a book.

So what would I give my friends (books being the most useful of last-minute presents for the congenitally disorganised)? Here in no particular order are my top 10:

Tasting India Christine Manfield (£40 Conran Octopus)
The biggest and blingiest book of the year, this gold satin-covered tome is admittedly not one I’d pick up in a bookshop not least because its weight (about 2 1/2 kilos) would cripple you on the way home. It’s also totally impractical for a messy cook like me. BUT despite the sumptuous presentation and photography it’s no mere coffee table book, but a passionate tribute to Indian food and culture by Australian chef Christine Manfield with some surprisingly straightforward home cooks’ recipes. Including an irresistible number involving potatoes which makes it a must-buy for me. At £23.30 on amazon, the price of a modest Indian takeaway, it’s a steal.
Who should I buy it for? Anyone who loves India and Indian food.

Short and Sweet: Dan Lepard (£25, 4th Estate)
A misnomer if there ever was one. At 560 pages this book is far from short but the recipes, it’s true, are reassuringly brief. Reading Lepard, who in addition to being an cracking good writer is also a talented food photographer, is like having a friend in the kitchen. The book is peppered with really useful tips (such as that you need a lot of baking powder in a banana cake to avoid it being heavy) and explanations of techniques. It covers everything from bread to home made sweets with some irresistible savoury recipes (garlic butter and cheddar scones, anyone?) along the way. The most inspiring baking book of the year - and there have been many.
Who should I buy it for? Someone who thinks they can’t bake. (Like me). Or someone who can but wants to bake better.

Perfect: 68 essential recipes for every cook's repertoire. Felicity Cloake (Fig Tree £18.99)
Despite my dislike of ‘the perfect’ tag on recipes this is a terrific book based on Felicity Cloake’s engaging weekly columns for the Guardian where she seeks out the ideal method for many of our best loved dishes. Cloake’s rare combination of diligent digging and lightness of touch makes these absorbing reading even if you might not agree with her conclusions. (I still can’t be persuaded that tomatoes are the right topping for macaroni cheese)
Who should I buy it for? Someone who doesn’t want too many recipe books (amazingly there are such people) but wants their recipes to work first time. Recently graduated students. 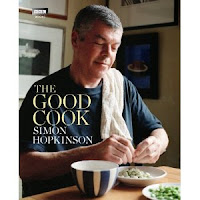 The Good Cook: Simon Hopkinson (£25 BBC Books)
For me this was the TV series of the year - much to my surprise. I feared that ‘Hoppy’ would be stiff and awkward in front of the camera. Instead he was warm, reassuring and inspiring and these are the recipes he cooked. He also writes like a dream. Don’t make the mistake of doubting his word as I arrogantly did with a recipe for baked papardelle, pancetta and porcini which I thought didn’t contain enough pasta. He’s a supremely accurate recipe writer. Trust him.
Who should I buy it for? Any good cook will love it but older ones will probably have all his other books. Keen cooks under 40.

Made in Sicily: Georgio Locatelli (£30, 4th Estate)
I don’t actually own this book yet, but have flipped through the pages on amazon and fingered it longingly in bookshops and it strikes me as the Italian cookery book you’ll most want to own this year. (Hint to my nearest and dearest). Locatelli is one of London’s most talented Italian chefs and Sicilian cooking is very special, quite unlike the rest of Italy. The recipes are simple and delicious but you will need good ingredients. Insalata calda di polpo (warm octopus salad) is not going to be something you can run up from your local Tesco fish counter. Maybe download it on Kindle and take it on holiday.
Who should I buy it for? Any Italian food nut. Chef groupies.

Pieminister: a pie for all seasons, Tristan Hogg and Jon Simon (£17.99 Bantam Press)
A strong contender for comfort food book of the year this book does exactly what it says on the tin. Lots of great ideas for wacky pies like the wabbit roll (pork, rabbit and black pudding), ‘flying frying pan’ smoked haddock and cider pie and plumble (mulled wine and plum crumble) should ensure your New Year gets off to an unhealthy start. There’s even a spread on booze matching.
Who should I buy it for? Pie obsessives. 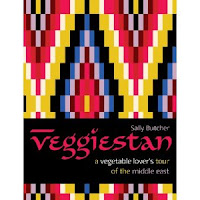 Veggiestan: a vegetable lover’s tour of the middle east. Sally Butcher (Pavilion £25)
I’m impressed by Hugh Fearnley-Whittingstall’s new veg book, I must confess, but celebrities of his ilk don’t need any further endorsement. Instead buy Sally Butcher’s quirky and delightful Veggiestan for the veggie in your life. Sally owns an Iranian deli in south London and it’s her second book (the first being the equally entertaining Persia in Peckham). My copy is already full of Post-it notes marking recipes I want to try like Afghan leek pies, Armenian Green Lentil Garlic and Spinach soup and Onion, Chilli and Mint Marmalade. A refreshingly original book.
Who should I buy it for? adventurous veggie cooks. Adventurous cooks who cook for veggies

Supper Club: Kerstin Rodgers (£25 Collins)
The name Kerstin Rodgers may mean nothing to you but if you inhabit the blogosphere you’ll know her better as underground restaurateur Ms Marmitelover. This is less a cookery book than a manual on how to run a supper club and entertain your friends outrageously. (Think punk Nigella.) In contrast to Simon Hopkinson I would treat the recipes with a certain amount of caution. To give you a flavour: Chav’s White Chocolate Trifle with Malibu, Cockaleekie without the Cock, deep-fried peanut butter sandwiches .... Hugely entertaining.
Who should I buy it for? Lovers of kitsch 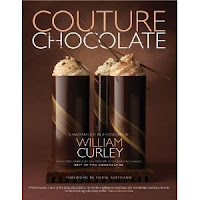 Couture Chocolate: William Curley (Jacqui Small £30)
Confession time. I don’t get that excited about chocolate and wouldn’t dream of making most of the recipes in this book by Britain’s foremost chocolatier William Curley but it undoubtedly wins the prize for the most beautiful book of this year (just look at the picture of Curley’s gleaming millionaires shortbread which he makes with salted caramel. Well maybe I might have just one ....). Although the techniques involved are complicated there are clear step-by-steps and some of the recipes like chestnut and sesame brownies look surprisingly straightforward. Stunning.
Who should I buy it for? Aspiring pastry chefs, chocoholics

Jellies and their Moulds Peter Brears (£12 Prospect Books)
Prospect Books in Devon is a tiny publishing house which publishes titles no other publisher in their right mind would touch. I eschewed two of this year's offerings (Tripe: a most excellent dish and Testicles: Balls in Cooking and Culture) in favour of this delightful book from last year on jelly from food historian Peter Brears. There are some charming illustrations which I can’t help but feel Ms Marmitelover would approve of.
Who should I buy it for? Jelly lovers and those who like to read cookbooks in bed

Hawksmoor at Home (£25 Preface publishing) in which I had a hand along with my son Will Beckett, his business partner at Hawksmoor Huw Gott, chef Richard Turner and Dan Lepard, this time as photographer. I like to think I can be objective enough to say I’d want to own it even if I hadn’t been involved but clearly I’m not. It is a terrific book though, full of outrageously meaty recipes and killer cocktails along with some splendidly discursive meanderings on the origin of recipes, food traditions and ingredients for which Huw is largely responsible.
Who should I buy it for? Meat fiends. Food history geeks. (Not vegetarians. Oh no.)

And some other books I’ve already reviewed and enjoyed this year: Signe Johansen's Scandilicious, James Ramsden's Small Adventures in Cooking Niamh Shield's Comfort & Spice and Everyday and Sunday by Jane Baxter of Riverford Farm.
Posted by Fiona Beckett at 9:42 AM