Crab croquetas and Cava at José's 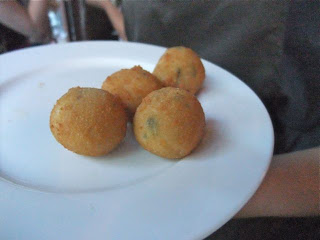 I was invited to a preview of Jose Pizarro's new tapas bar José last night and having seen a selection of his recipes in Observer Food Monthly and the Times (for which it's almost worth breaching the paywall) didn't hesitate to get down there. Any excuse to eat croquetas, especially these awesome crab and basil ones which must be one of the best tapas in London. Note there isn't a single crack in them. Notice too how many of them there were left on the plate. They were wolfed down by the ravening hordes of journos and bloggers the moment they left the kitchen.

I started off drinking manzanilla sherry but switched to a vintage Cava Imperial from Gramona as soon as I realised how good it was. Quite the best Cava I've ever tasted. Ironically I ran into it again at the Berry Bros & Rudd tasting where they've just taken Gramona on though they list different cuvées. José's list normally features the 2006 Brut Nature Gran Reserva (available at Berry's for £16.95)

The rest of the list, which was devised by wine writer Tim Atkin and wine buyer Jo Ahearne is equally interesting. A great selection of sherries and some good Spanish wines - everything available by the glass.

José used to be head chef at Brindisa but has wanted to do his own thing for a while. His choice of Bermondsey which used to be pretty dodgy, might be regarded as surprising but it's fast becoming a foodie mecca. In the same street there's the much-lauded Zucca and a couple of streets away the new Maltby Street market.

PS Almost forgot - the tortillas were great too. Try the spinach and ham one if it's on. 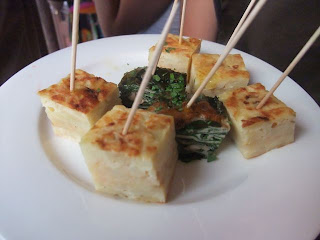 The other side of Stokes Croft 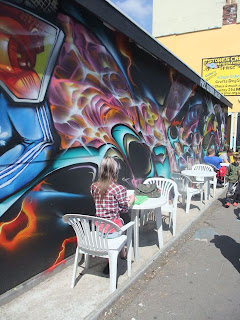 After the riots last month it would be easy to dismiss Bristol's Stokes Croft as a no-go area but yesterday it showed its sunny side in a festival that had everyone out on the streets in the most peaceable possible way.

We went down to check out the Str-eat stalls in the Bear Pit. No, we didn't know what the Bear Pit was either and it seemed uncool to ask but it's the huge recessed paved area in the middle of the St James roundabout in front of Debenhams and the Premier Inn. There wasn't much action around lunchtime (they surface late in those parts) so we drifted up Cheltenham road where people were milling round happily in the sun and ended up at The Runcible Spoon, a new café we'd heard good things about.

It was great. Good sarnies and stuff on toast (I had beef and horseradish, my husband pressed brisket and piccalilli - surely this summer's most ubiquitous pickle? - and some first rate chips that tasted like deep-fried roasties. 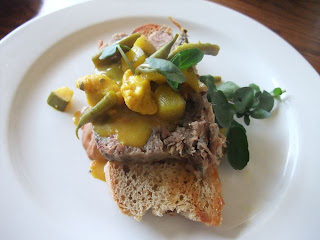 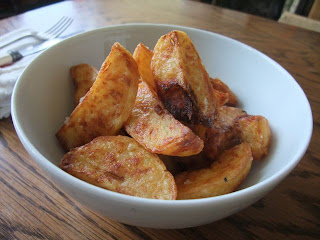 It was really well-priced as you can see from the blackboard. (A gin and tonic, should we have fancied one, was just £3. We stuck to cider.) 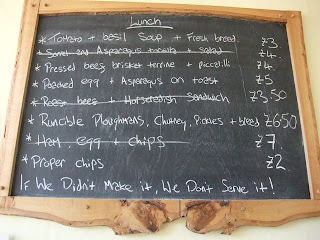 There was a large wall of graffiti opposite complaining about the new Tesco which provoked all the trouble, urging locals to boycott it. Which seems to me exactly the right way to deal with it rather than smashing windows which hurts the very local traders the protesters claim to be protecting. If you don't like it, don't shop there. Simple. And vote out the councillors who put it there. 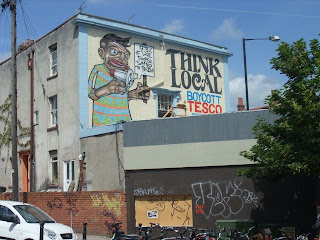 Just up the road there's a great vintage clothes and antiques shop and cafe called Cox and Baloney where you can buy pretty teapots and cake. And, hire Babycham glasses, apparently. That too is very Stokes Croft. And very Bristol. 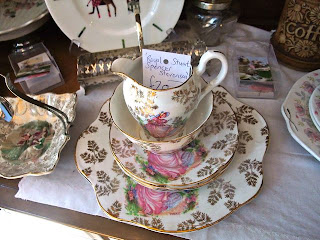 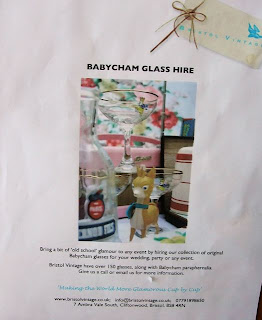 Six recipes to cook from . . . Scandilicious 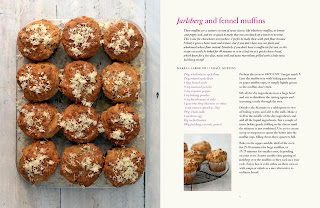 OK, I have a bit of a problem here. I’ve known Sig (aka Signe Johansen) for about 4 years. She came to me as an intern, contributed recipes to my website, was one of the co-authors of The Ultimate Student Cookbook and has subsequently collaborated with me on a number of other projects. She’s clever, funny and a loyal friend so I can hardly be objective about her new book Scandilicious: Secrets of Scandinavian cooking. I think it’s brilliant but then I would, wouldn’t I?

So I was trying to think of a way of drawing your attention to it that didn’t involve gushing along in this vein for several more paragraphs and then I hit on it: just pick out the recipes I most want to cook because that’s what you buy a book for really, isn’t it? So here they are:

Goat’s cheese smørbrød with radish and rosehip p 80
I recognise the inspiration for this from the girls’ outing we had to Copenhagen last summer along with two fellow food writers - an absolute blast. The whole section on smørbrød (open sandwiches) is good but this is a particularly stylish version - and an imaginative substitution of smoked sea salt and goats cheese for the Danish smoked cheese rygeost

Jarlsberg and fennel muffins p63
Sig has serial enthusiasms when it comes to ingredients and this incorporates two of them, Marmite and spelt flour. A really moreish savoury muffin topped with cheese - another Sig passion, come to that.

Janssons frestelse aka Jansson’s temptation p163
An outrageously indulgent dish of potatoes, pickled anchovies (or rather sprats, as Sig rightly points out) and cream. One of the world’s best potato dishes

Norwegian meatballs p 168
I’ve actually made these myself and they’re awesome. The secret is the seasoning - dominated by allspice - and soaking the bread in milk and yoghurt which gives them a light-as-air texture. Don’t forget the meatball gravy (even though I wouldn’t necessarily use brown cheese - a regular bone of contention between Sig and myself)

Vanilla and sour cream waffles p 53
I’ve heard Sig waffle on about waffles many a time but at last she’s been persuaded to reveal the time-honoured family recipe. I’m afraid you may have to buy a waffle iron as a result. Incidentally don’t miss her tips for making vanilla-infused honey - a must-have in every storecupboard.

I could have picked out many more recipes but in a nutshell the great thing about this book is that it manages to be both healthy and indulgent and introduces you to Scandinavian cooking, and especially baking, in a totally unintimidating way.

So what are you waiting for? Just buy it.
Posted by Fiona Beckett at 10:12 PM 3 comments: 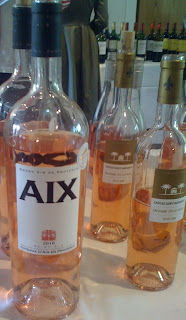 I sometimes forget the wine element of this blog but yesterday I came across such a great bottle I had to share it with you. It's called AIX rosé and comes in a magnum.

Everyone fell on it at the Majestic tasting it was shown at yesterday, not least because it actually tasted good which is more than you can say for a lot of rosé. At £19.99 it's not cheap - but then Provençal rosé rarely is - but has the most delicious crisp wild-strawberry scented fruit.

The only problem I anticipate is how you would chill it unless you've got one of those huge American style fridges or a chest freezer into which you could pop it for 20 minutes or so (but don't for heaven's sake forget it). Certainly it would be hard to find a bucket large enough and if your fridge is like my fridge when I have people round - already chock full of food.

Anyway, if you want some I'd get in quick. When I tweeted about it yesterday, one Majestic branch - in Market Harborough, as it happens - said they'd sold out within 'minutes' of putting the wine on display. Don't know if that's hype or the kind of thing that happens in Market Harborough but you might want to check your local branch has it in before you drive down there. It doesn't appear on the website at the time of writing.

While on the subject of rosé there's a good bargain in the Co-op at the moment which you can read about in my selection of summer drinks in the Guardian today: the Les Crouzes Old Vine Cinsault Rosé. I hadn't expected the piece to come out so soon and it is in fact only £4.19 until Tuesday which makes it even better value.
Posted by Fiona Beckett at 6:56 AM 2 comments: